In the space between nature and art there is sawdust.  That’s where Christ Hansen lived and worked, sawing and sanding, transforming wood into objects of beauty and utility.  Running his eyes and fingers over a rough log, he sensed the potential of the raw wood.  Trees offered him a gift.  The master cabinetmaker responded with inclination and skill.

Christ loved and respected trees.  Some photos of his young daughters feature the trees rather than the children, placed seemingly just to give a sense of scale. [1] 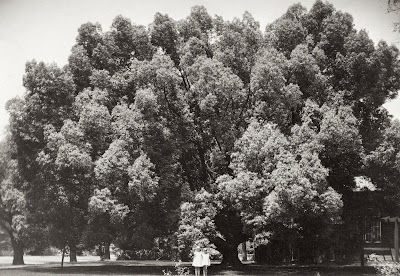 One tree in particular caught his eye.[2]  During its seasons of growth disease had caused bulbous growths called burls along its trunk.  Christ knew burl wood to have unique, interesting grains, so the odd, deformed tree, an imperfect specimen, had potential for his work.[3]  What would the grain look like under the protective bark? 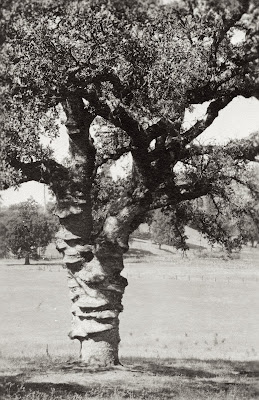 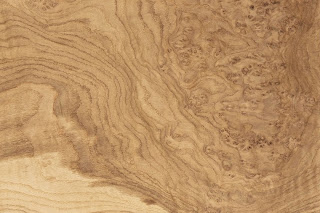 Sometimes, rather than purchasing wood, he prepared his own.  In this process he could anticipate the thrill of discovering a beautiful grain behind the bark of the misshapen lumps. 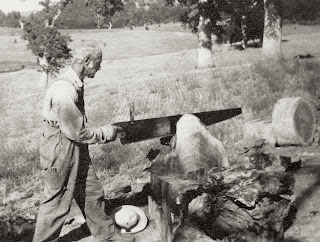 Christ’s friend and patron David French (above) shared his passion for trees.  Older by over twenty years, the retired minister was an avid collector of California wood specimens.[4]  He accompanied Christ on this outing to harvest the burl oak tree.[5]  He may have used one of Christ’s tree saws, a crosscut saw made specifically for this purpose. [6]

Falling a tree and cutting it into manageable chunks were the first steps in the process of preparing the wood.  The tree’s growth pattern determined how it was sawed into smaller sizes and shapes.  Drying allowed the wood to shrink before the final product was carved or built, sanded, and finished.

In over sixty years of cabinetmaking, Christ Hansen built a large body of fine craftsmanship. From the oak tree’s burl his trained eye and skilled hands created these bookends, the master craftsman’s expression of gratitude for nature’s gift of trees. 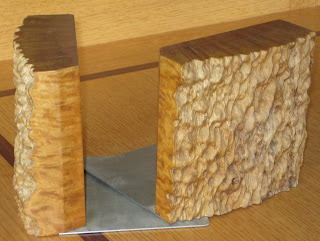 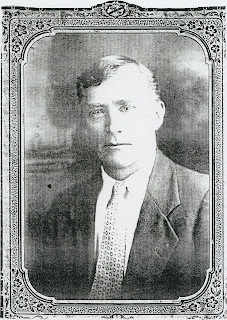